PAUL BINNERTS (b. 1938), international theater director, author, playwright, acting teacher, novelist and publicist on theater since 1968, renowned expert on the ‘epic theater’ of Bertolt Brecht, presently lives and works in New York and Amsterdam, together with his wife, director and acting teacher Nancy Gabor.

Paul Binnerts has developed ‘Real-time acting’ for the post modern theatre as a new convention and acting technique. His book Acting in Real Time is a translation of the original Dutch book,  and is also published in German (see Book Page). 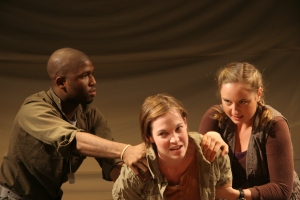 Paul Binnerts has directed Real-Time Theatre productions in The Netherlands, the UK, Germany, France, US and Japan, some of which have been performed at festivals in Europe and Japan. (See Productions page)

Award winning plays/productions include: Black Box (Biennale Bonn – New Plays from Europe, 2000), The Same Sea/Allein das Meer (Theatertreffen Berlin 2006) – both plays are based on novels by Amos Oz; and Mephisto, based on the novel by Klaus Mann. (See Plays page)

Teaching credits include theater schools in The Netherlands, Germany and the US (Princeton University and New York University/Tisch/ITW), and international acting/directing workshops.

Author of several novels and short stories, all published in Dutch.

SPRING WORKSHOPS together with Nancy Gabor in: 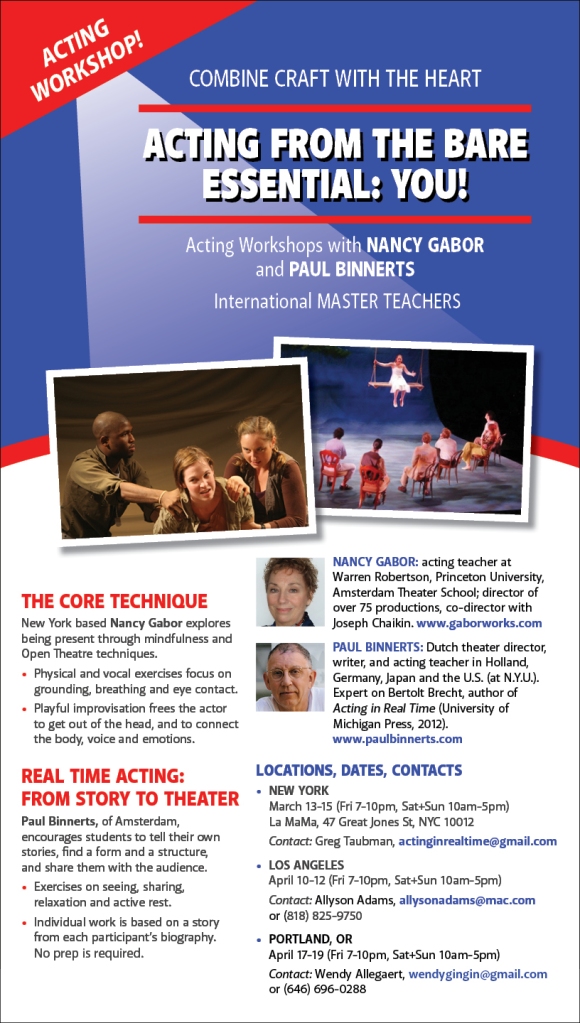